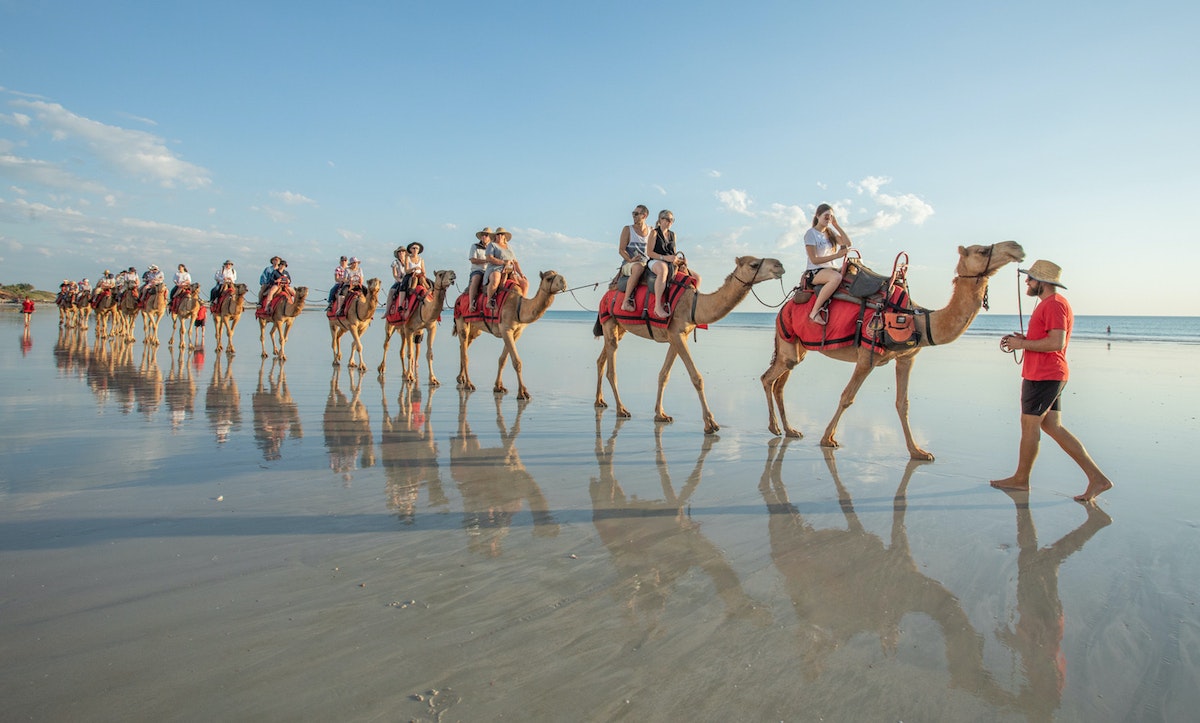 Life moves a little slower in Broome, its locally referred to as “Broome Time” and it’s all about taking the time to slooowww down, relax and hang out at the beach with friends.  It didn’t require much encouragement to do just that so it’s been “Broome Time” for us for the past eight days.

Matt and Carol caught the Saturday five-hour direct flight from Sydney to join us in Broome.   They arrived just in time for sundown at the Cable Beach Resort Sunset Bar for the customary end of the day cocktails.  At the same time we caught up with Port Lincoln locals Nigel and Teresa who are part way through a lap of Australia and spending three months in Broome. 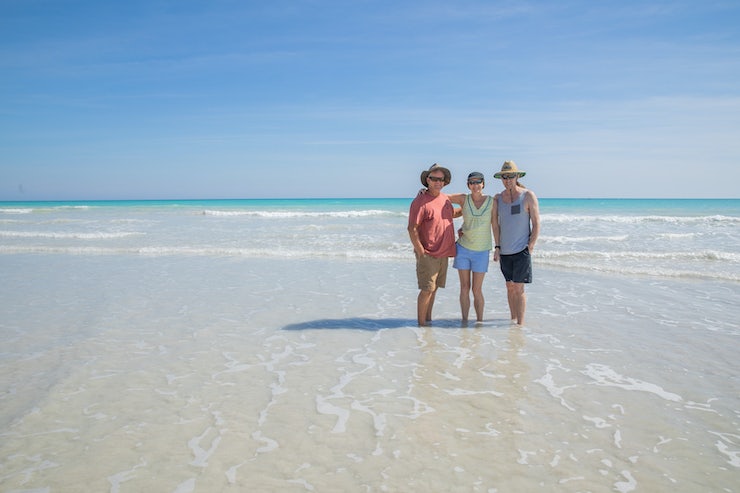 Bazz with Carol and Matt on Cable Beach

Sunsets are a feature of Broome.  They are not like those at home where the colours are predominantly magenta and blue with a hint of orange and yellow.  Here the sunsets are yellow, red and green with shades of blue.  It is fascinating to watch the colours develop and change. Cable beach is sunset central with viewers having the choice of watching from the bars and resorts that line the beach while others can choose from the coconut palm studded lawns or the beach itself. 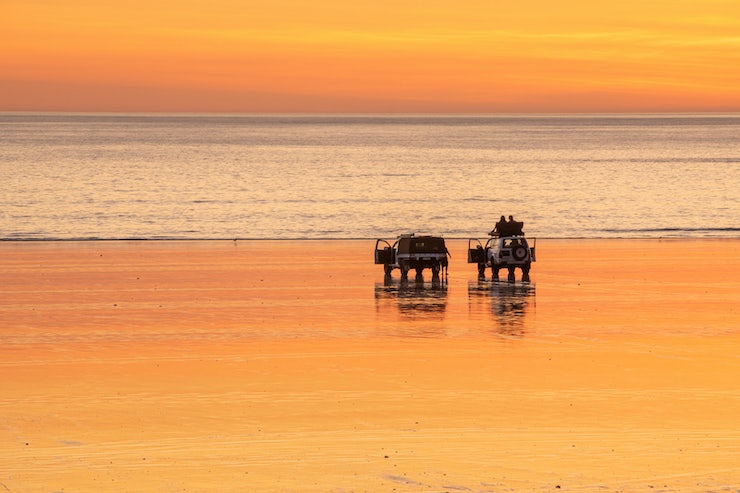 A front row seat to a Broome Sunset

The more dedicated sunset watchers drive down on to the beach on the northern end of the esplanade where the camel rides start and end and where clothing is optional (we kept ours on).  The southern end of Cable Beach near Gantheaume Point sees more families and dogs enjoying the space. 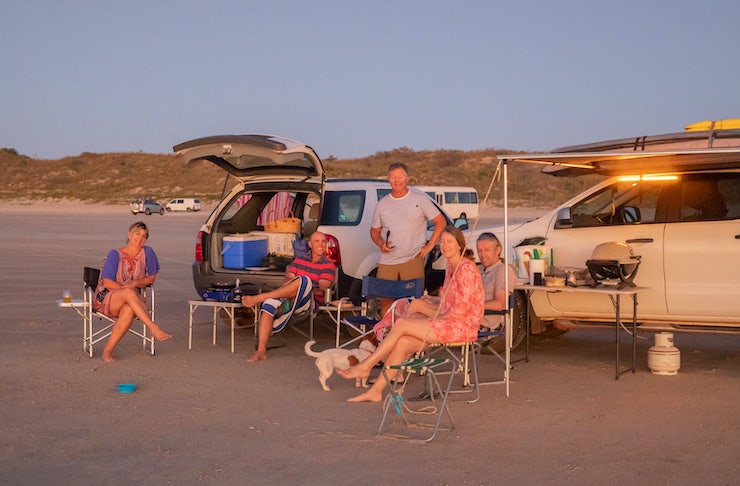 Sunset BBQ with Teresa, Nigel and Minnie (the dog) Melzner

On the first night we stopped counting at 200 vehicles on the beach so getting any shots of camels without distraction was mission impossible.   Last night however, the tide was way out which meant a large expanse of wet sand reflecting the camels as they passed by and allowed for the cars to be much further apart and with a bit of a hot shoe shuffle, we managed to snap a few reasonable shots. 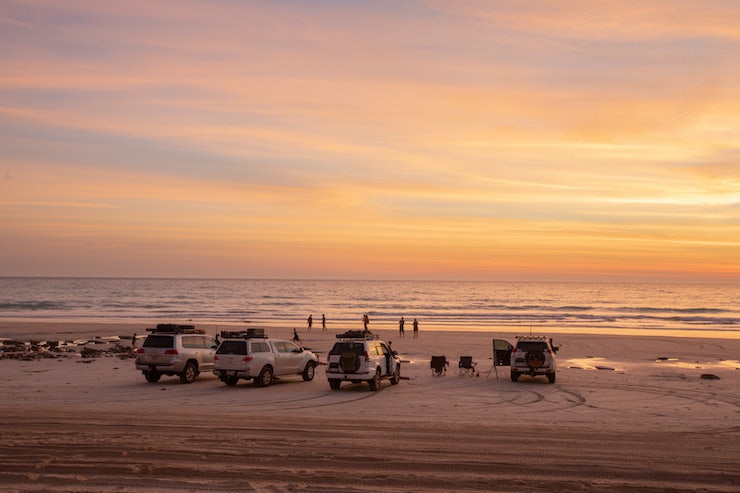 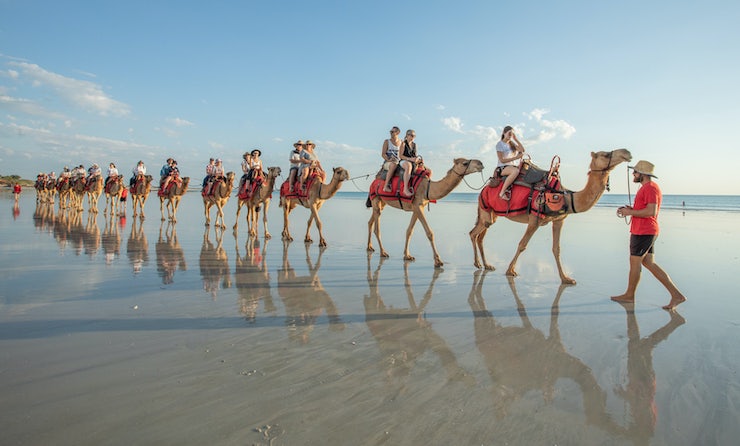 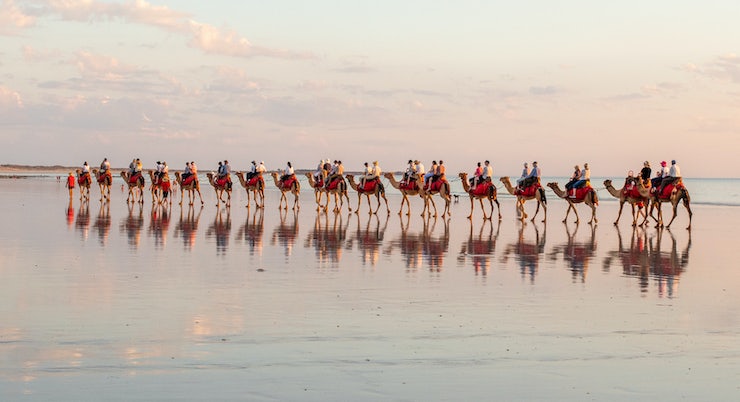 A trip to Horizontal Falls, described by Sir David Attenborough as “Australia’s most unusual natural wonder” was also a highlight of our week. It’s a 5.30am pick up and then an hour flight across the Roebuck Plain and King Gorge Sound until the seaplane lands on Talbot Bay and taxis to the houseboat that forms the base for activities at the Falls. 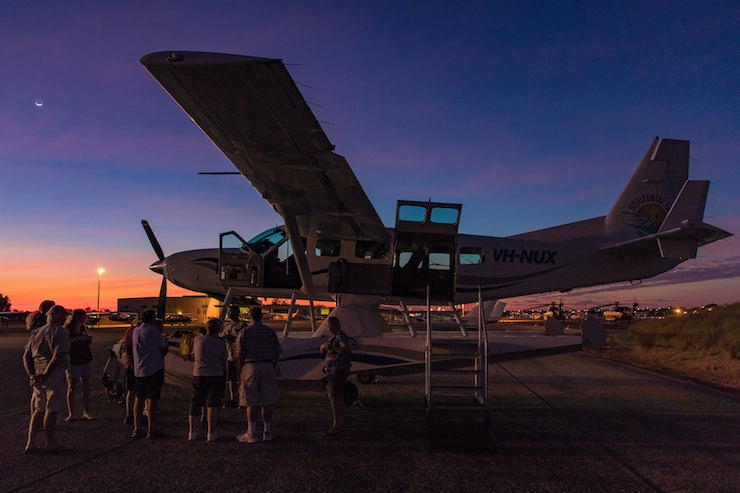 The tour is action packed and we had barely stepped aboard when we were being ushered onto a fast boat equipped with 4 (yes FOUR) 300 horse power Yamaha motors for our ride through Horizontal Falls. The falls are formed when the tides, which can differ by as much as 10 meters, push through two small openings in the McLarty Ranges.  The first opening is slightly larger than the second so when the tide is really racing the “fall” at the second opening can vary by as much as five meters from one side to the other making it too dangerous to navigate.  We were lucky enough to get through both falls on this occasion but when we came back a few hours later the tide had kicked in and the second fall was not navigable. 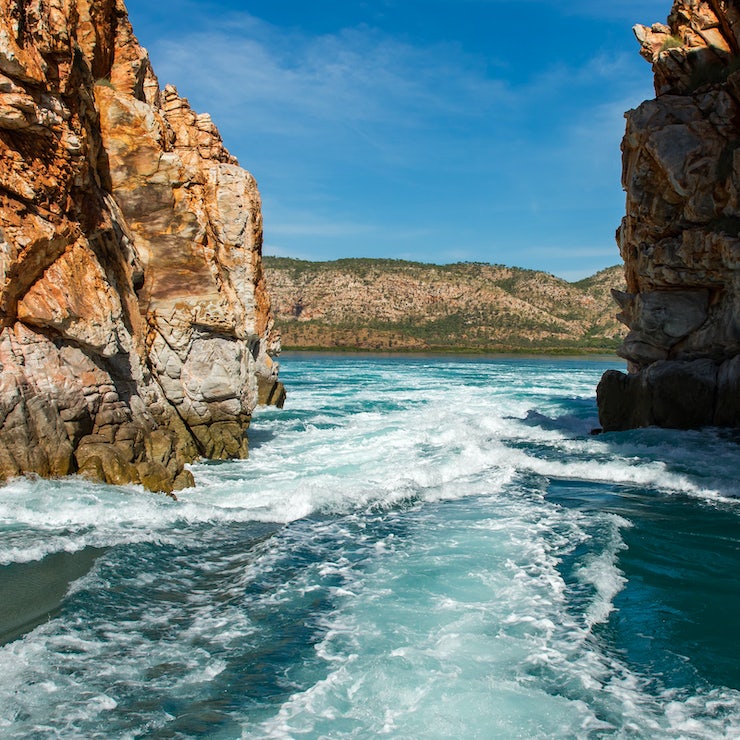 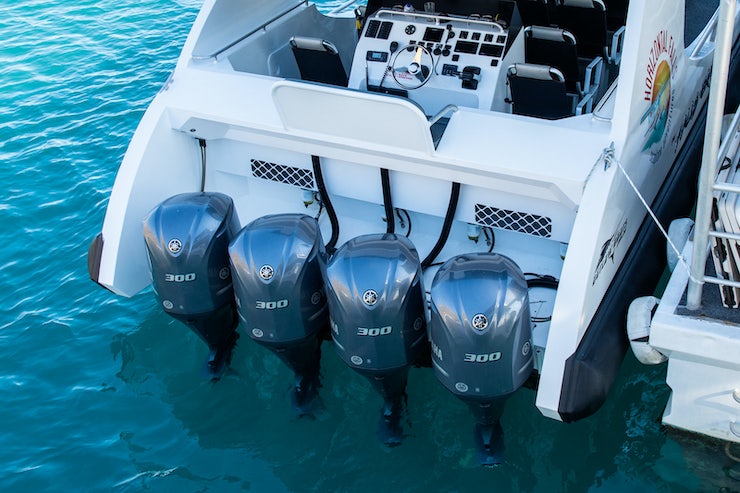 Power needed to get safely though the falls 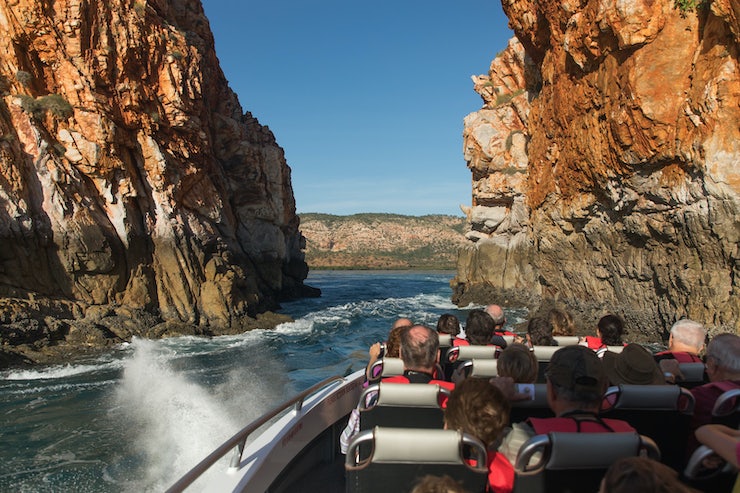 Its a wild ride

Next was a helicopter flight over the falls and along Cyclone Creek, named because it is a safe anchorage in a cyclone.  The scenery is breath taking Kimberly sandstone ranges.  The flight is followed by breakfast and then a boat trip along Cyclone Creek.  Lastly, an opportunity to swim in an enclosure while Lemon Sharks were fed chunks of barramundi right next door. 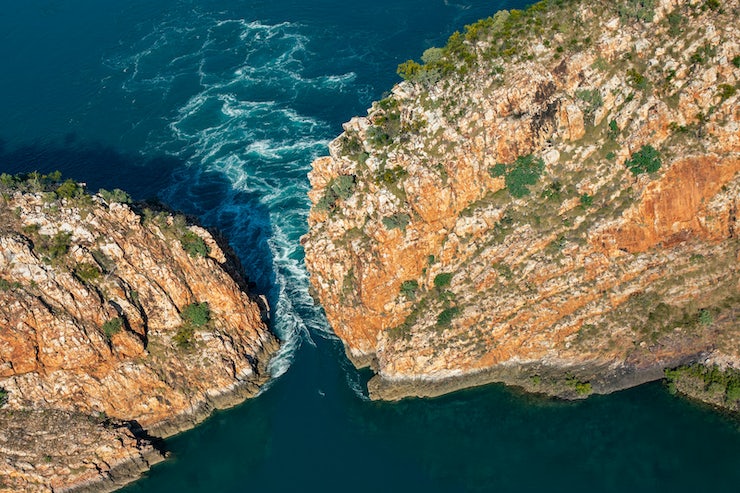 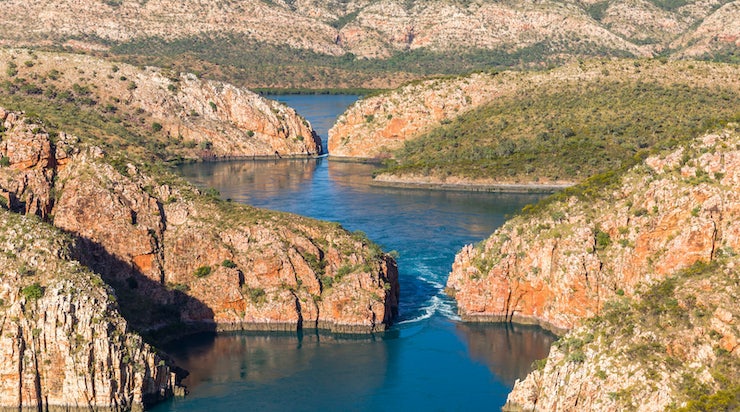 Horizontal Falls from the air

A plane flight over the Buccaneer Archipelago provides more sensational scenery and then we land at One Arm Point on the Dampier Peninsula.  The afternoon consists of a tour of the Trochus Hatchery at One Arm Point, lunch at Kooljaman, (Cape Leveque) and then a 4WD bus ride back along the Cape Leveque Road stopping at Beagle Bay to view the church and for afternoon tea.

On Thursday afternoon we boarded the catamaran Ballena for a Broome Whale Watching eco tour to see the very rare Australian Snubfin Dolphins.  Roebuck Bay is home to the largest population of these Dolphins and seeing them was a first for us.  The tour operator Cameron and his crew Lauren and Kieren were the perfect guides offering just the right mix of information and time to just watch and enjoy the antics of a pod of around 20 Dolphins.  There was ample time to observe their unusual behavior which incudes spitting to confuse their prey so that they could be easily taken.  The tour guarantees Dolphins but we were also thrilled to see Dugong, Manta Ray, Hammer Head Sharks and Eagle Rays.  The sunset tour finishes with the sun setting over the Pindan cliffs of Roebuck Bay and as the tide was low, the skipper took us in close for a bay side view of the remains of the seaplanes that were bombed by the Japanese in World War 2. 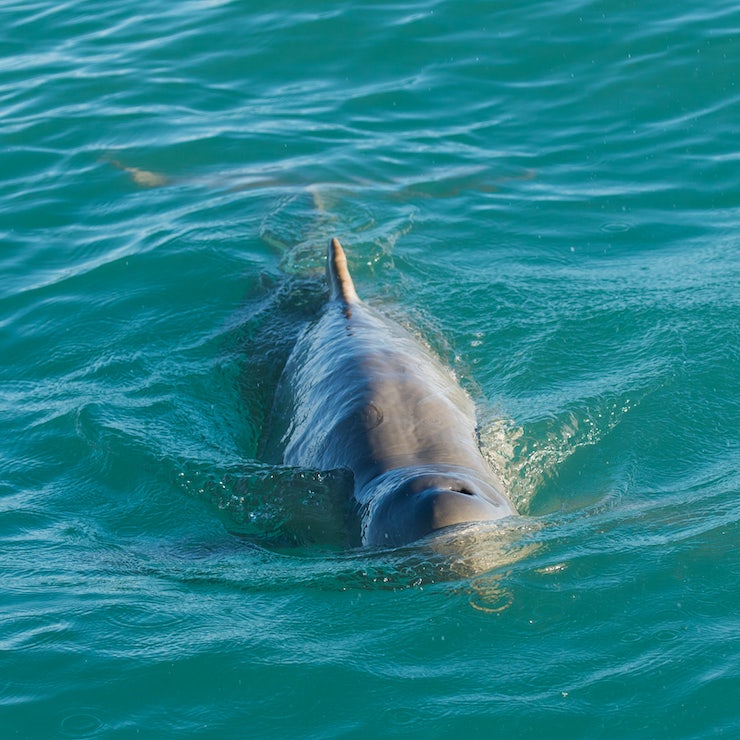 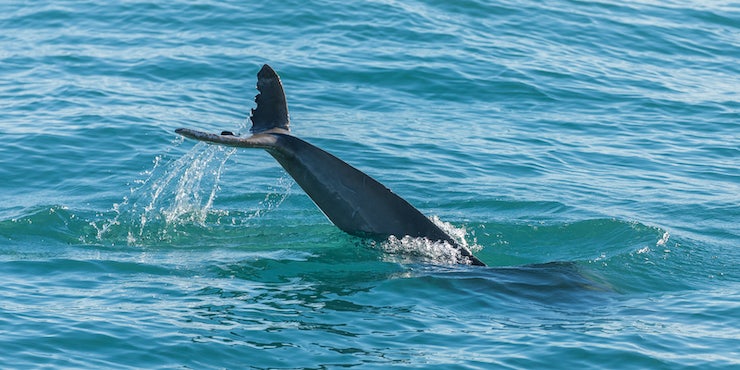 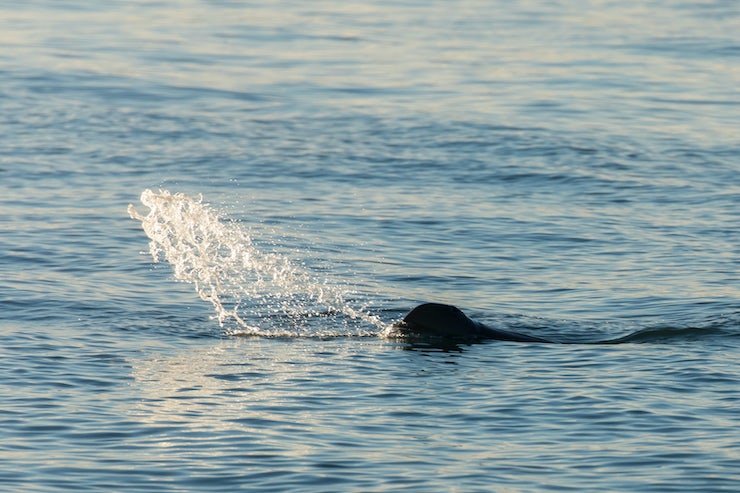 Visits to the Port of Broome to watch the tide, Gantheaume Point to search for Dinasour prints at low tide, the markets and of course some shopping for pearls at Willie Creek or Cygnet Bay are a must when in Broome.  There are 83 restaurants here offering plenty of scope for dining out. We made a return visit to Matso’s but were disappointed to find they have taken the ciders off their brewing menu. The Dragon Fly became our favourite brunch location and Aarlie the best place for a casual dinner. 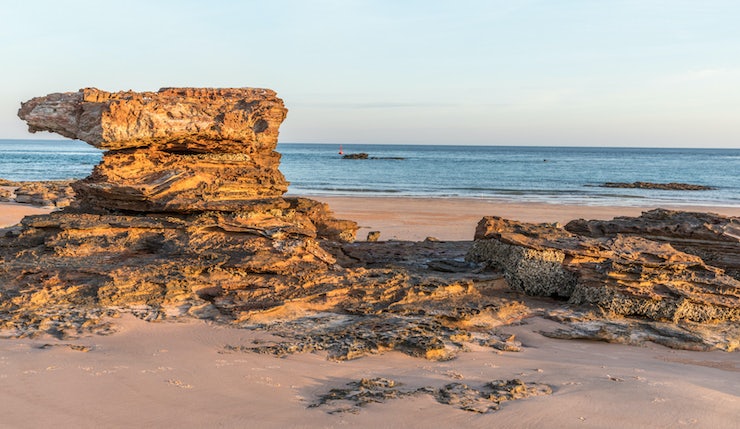 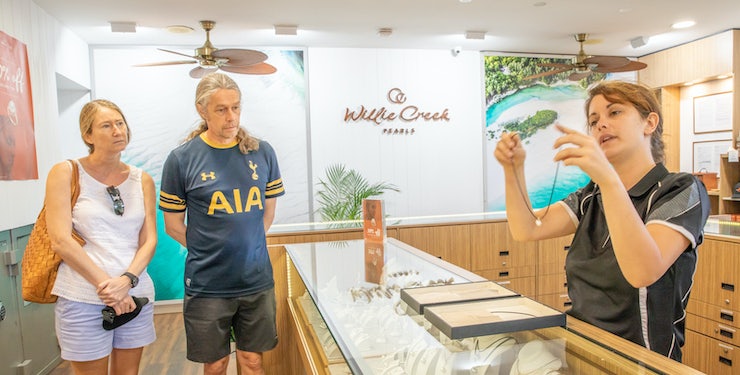 No visit is complete without pearls......we actually bought ours from Cygnet Bay :-) 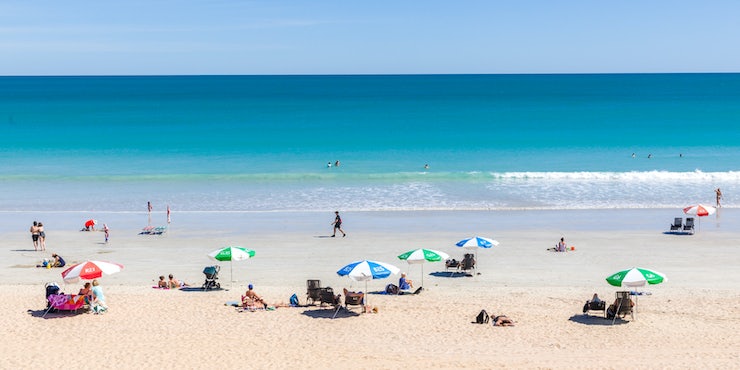 Matt is a former London Disc Jockey and has been podcasting for most of this year under the title of “A Mad Thing on a Bicycle” so while here, he and Carol dropped in to the local Community Radio Station - Goolarri 99.7fm - to see if they were interested in picking up his podcast to broadcast.  The great news is they have agreed to broadcast right across the Kimberly and the Pilbara on Sunday afternoons so if you are in the area tune in – it’s the music we choose to drive and edit to these days and we reckon they are going to love it. 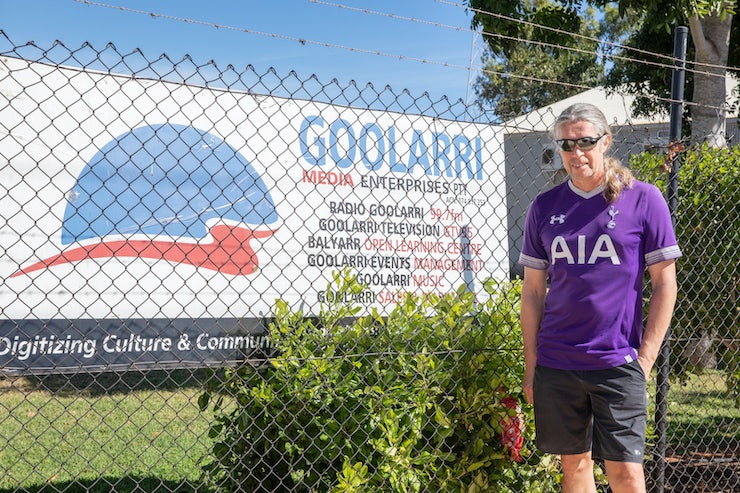