Edith Falls just 90 kilometres north of Katherine was a sign-post we had driven past on previous trips to this region but on this occasion, we decided to stop by to tick it off the list. Also, some friends had been through a couple of weeks earlier and declared it well worth a visit.  What we didn’t realise was that our schedule coincided with the Darwin Show and it seems that everyone looking to escape Darwin had headed for Edith Falls.

Arriving at 10.30am we noticed a large contingent of caravans parked at the turn off on the Savannah Way.  Nothing unusual about that as there are many free camps up this way and they are nearly always full, any time of the day.

As we pulled into the kiosk the people at the counter just in front of us were advised they had the last available spot – uh oh!!  However, the staff did find one more spot suitable for a camper trailer, under the water towers if we were happy to take it. It was not the prettiest nor the most spacious site by any means but after taking a drive around the camping area, (got stuck for awhile when someone went the wrong way into the narrow one way only drive) and decided yes, the water tower site would be fine for a couple of days.

The “plunge pool” at Edith Falls is just a short walk from the camp-ground or from the day visitor car park across green lawns.  This natural “pool” is quite large with a pebble island to one side. More shaded lawn areas provide somewhere to sit in between swims and for the more athletic the swim around the island and over to the falls will work off any muffins or chocolate brownies purchased from the Kiosk. 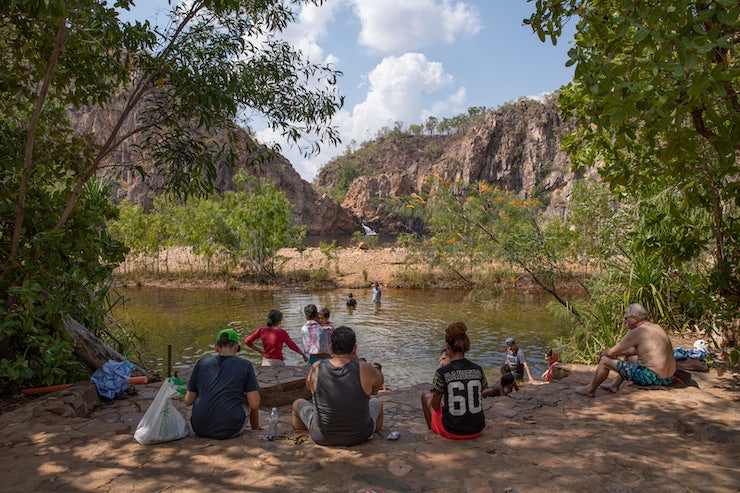 Sit and relax by the plunge pool at Edith Falls 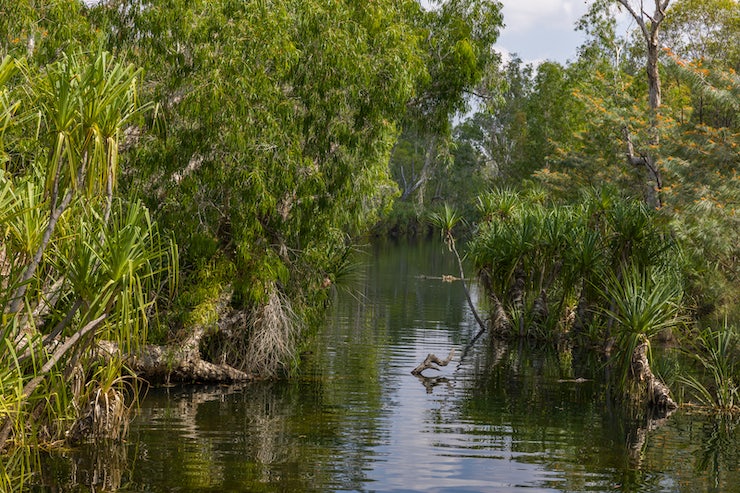 Views down  stream from the Plunge Pool

Checking out the walks on offer and considering that the temperature had jumped to a warm 33 degrees with humidity around 75%, we opted for the middle of the road Leliyn Loop Walk.  The walk was initially quite steep with a bit of a scramble over rocks to the first of a couple of lookouts.  Further along, the track descended from the escarpment to “The Top Pool”.  This pool consisted of a stunning waterfall at one end flanked by orange-red cliffs then a series of small pools and cascades leading to and under a little bridge at the other end to be able to complete, “the loop”.  It was late in the afternoon and we had this wonderfully relaxing pool to ourselves for a short while.  A miscommunication had Fran on her way down to the camp-ground chasing her other half who was in actual fact still taking shots at the waterfall, c’est la vie. Having missed some of the best light, we agreed to return the following afternoon. 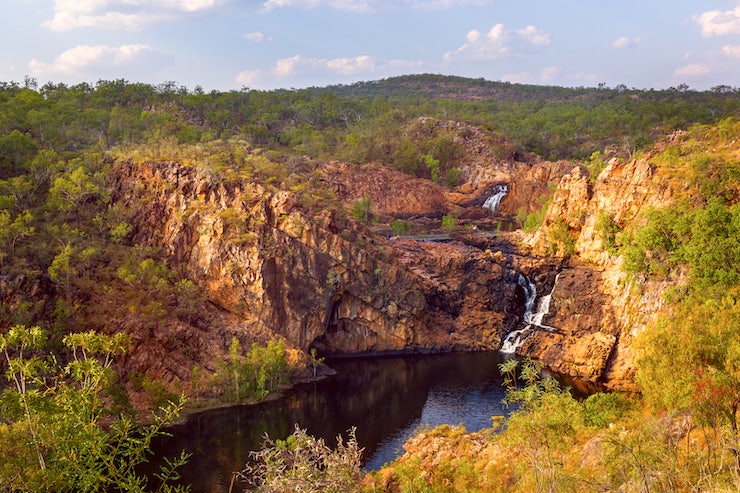 View from the Lookout on the Leliyn Loop walk

Back at camp, sitting on our small patch of lawn after dinner we became aware of a movement behind us in the half dark and the torchlight revealed a Bush-Stone Curlew had called in for a brief visit.  We heard many more later as evening progressed to nightfall and their plaintiff cries filled the darkness along with the occasional dingo howl and one or two howling small children.

Somehow we managed to wake at 4am the following morning, which was around the time of the eclipse of the moon.  Bazz was far more dedicated and actually got up to take some shots.  Not wanting to disturb others in the camp ground by searching for then setting up the tripod he took several shots hand held with the 100-400mm lens until eventually the eclipse became so dark that even with an extremely high ISO he could no longer get a sharp shot. 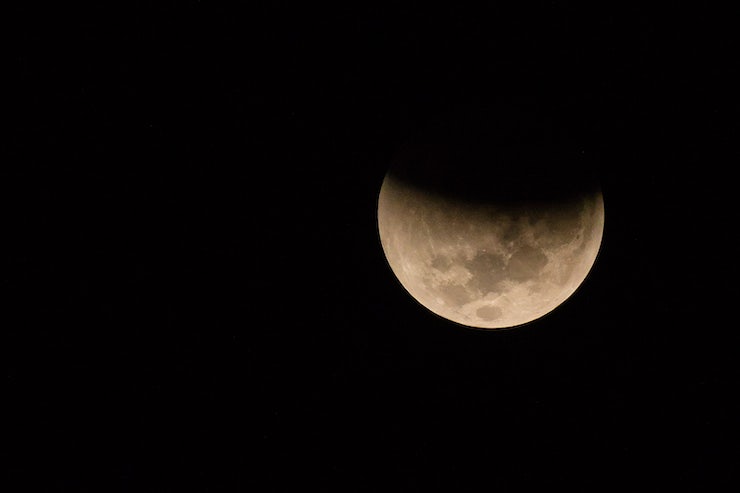 Partial Eclipse of what was eventually a full eclipse of the moon.  Hand held

On the second day we took the alternative climb to the Top Pool via the car park, just 1 kilometre but still, a reasonably steep climb.  It was a tad earlier in the day than our walk the day before and on arriving at the pool, there were many swimmers, people relaxing and a group of Canadian defence forces men enjoying their day off exploring northern Oz. 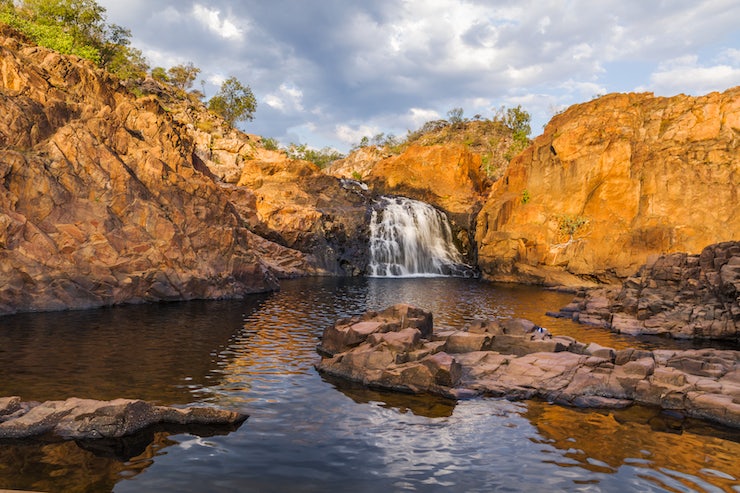 Edith Falls Top Pool after all the swimmers left 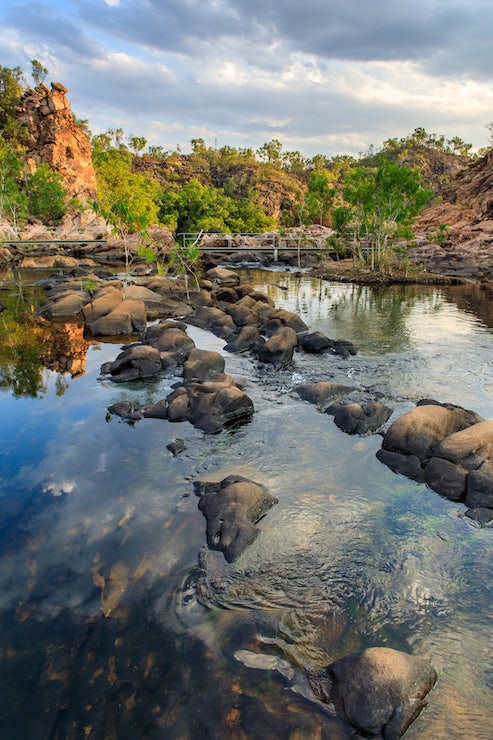 Reflections and cascades at the Top Pool

Bazz went off on a further 1.6 kilometre walk to the “Long Pool” which he described as a small waterfall and a series of smaller cascades all in a, you guessed it, a long pool.

Eventually as the shadows got longer, the swimmers and other visitors to the pool drifted away from this extremely picturesque scene and once again we had the area to ourselves… except for one very strange lady who Bazz reckons reminded him of a white witch waiting for us to leave to perform some sort of full moon blood letting ritual, or worse. 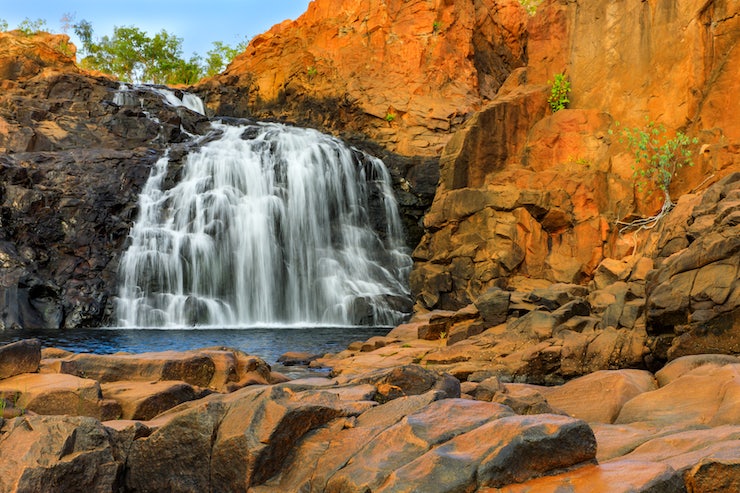 Edith Falls in the afternoon light

Edith Falls is indeed a lovely place to visit and despite Bazz having issues with “personal space”, we enjoyed our stay there. For those of you travelling up this way and interested in visiting this great little stopover, remember to get there early and if you can, try to avoid long weekends and school holidays as it is very well known and super popular with Darwin locals as well as travellers.